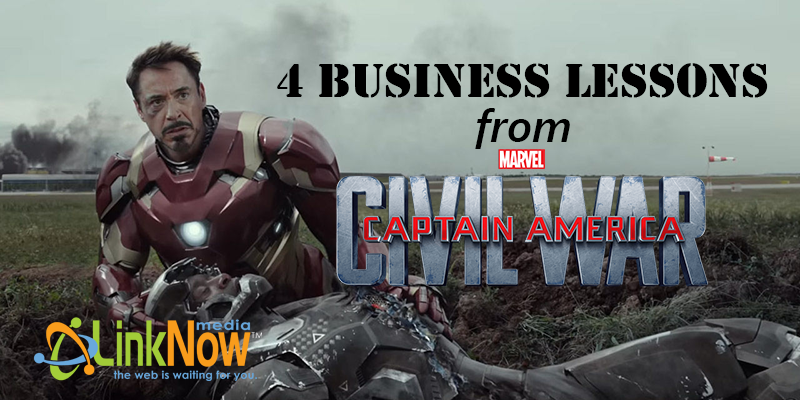 Captain America: Civil War is the big new blockbuster superhero movie this month, and on the surface, a bunch of superpowered people in costumes punching each other doesn't have much to do with business. However, after I saw it this weekend, all I could think about was how the film was really just a story about an organization suffering from a communication breakdown.

In the movie (no spoilers!), a team of superheroes, led by Captain America and Iron Man, normally work together to save the world but are divided because of a difference of opinion in how to conduct their business, and their whole team ends up fighting each other and doing the bad guys' work for them.

This exact same thing happens in businesses all too often, and 99% of the time this is because of a failure of communication at the leadership level. It's a leader's job to make sure that all the different parts of their organization are working together instead of at cross purposes.

With that in mind, here are 4 big things leaders can learn from Captain America: Civil War.

1. Company infighting is pointless and harmful to the company

Does this remind you of anyone at your company?

I don't know about you, but I've definitely worked for a few different companies where there was a major problem with conflict between different departments. Maybe the marketing department is angry that the sales team isn't sticking to their carefully crafted branding strategy, or the customer service team is upset that sales makes promises the company can't deliver on.

Whatever the source of the problem, these fights usually follow a similar pattern. The people in one department feel like their jobs are being made difficult by people in another department, resentment builds up, and people in the company start seeing each other as rivals instead of team members.

These struggles within companies never result in anything positive - instead, both parties end up bruised and resentful while a lot of time and energy has been wasted on creating and fostering bad feelings instead of fixing the problem and continuing to build the company.

But how do these problems start in the first place?

2. At work, most surprises are unpleasant surprises

You won't be a big fan of Spider-Man if the first time you hear about him, he's stealing your stuff and webbing you up.

According to experts, one of the main causes of conflict in the workplace is a lack of communication. When employees don't know what to expect, even the most benign change (like the introduction of your friendly neighborhood Spider-Man) can seem like a threat.

The most effective ways for managers and leaders to prevent conflict is communicating clearly to all to the employees under them and to facilitate communication between departments. It should be a leader's goal to get everyone on the same page. The last thing you want is for resentment to build up or for different departments in your companies to think of each other as enemies.

Lack of communication (spoilers!) led to Tony Stark having hurt feelings, and he lashed out.

All of these issues could have been solved with better communication. If a manager had stepped in and fixed the issues in the sales department at the beginning, there would never have been an issue. But once this started, a manager could simply have sat the two sides down and worked things out. The sales team needed to be informed that some of their selling tactics were hurting customer retention while the customer service team needed to feel valued so that they would assist with sales. Most importantly, the whole company needed a clearly communicated strategy so that people in every department would know where they stood and what was expected of them.

Instead, this company allowed the problem to spiral out of control until a huge amount of resentment built up and the departments started lashing out at each other. Which brings us to number 4.

4. People on one side can't fix the problem on their own

Captain America is going to take matters into his own hands, but Black Widow knows it's a bad idea.

In the movie, Captain America and Iron Man disagree about how to handle a situation. Instead of working things out, Captain America takes half of the Avengers off on their own, and makes the conflict between the two sides much worse.

In a situation like this in a company, you'll often have the manager of one department make new rules about how they're going to deal with requests from the other department. These one-sided decisions almost always lead to more conflict, because they're only taking into account the needs of the department, not the needs of the company.

This is another reason communication is so important. Situations like this need someone impartial to step in and mediate the conflict - someone who has the perspective to understand what the company needs as well as what each department needs. One side taking the matter into their own hands is only going to make things worse.

If you work as a team, you can take on the world

You can be so much more effective working together instead of working against each other.

Captain America: Civil War shows us how destructive it can be when people who are supposed to be on the same side allow their differences to pull them apart. If you take away one lesson from this movie, it should be that the most important thing for any organization - whether it's a team of superheroes or a small business - is a clearly communicated strategy. It's the job of a leader to keep everyone working together, and the best way to do that is to make sure everyone is on the same page right from the start.

Do you have any communication tips to help resolve conflict in the workplace? What did you think of the movie? Leave a comment or let us know on Twitter. 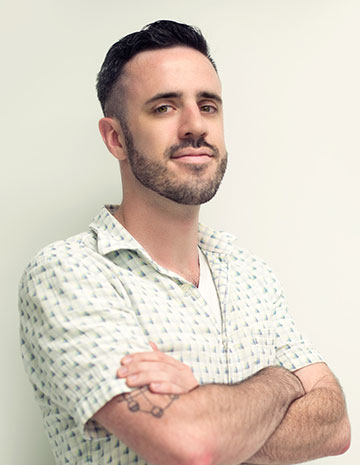 Lauchlin is part of the content and marketing team at LinkNow Media. He has nearly a decade of experience in copywriting and editing, and spends way too much time on the Internet. He can be reached at lmacdonald@linknowmedia.com and @Lauchlin on Twitter.